R-ISSR - Tool for Generation of a New Type of Products, Applied for the Identification of Putative Molecular Marker Linked to QTL Determined Tolerance to Nutrient Deprivation Stress in Rye (Secale cereale L.)

This study presents results confirming the possibility of the application of various combinations of RAPD and ISSR primers in one multiplex PCR for the rye genome and generating a new type of R-ISSR products. The plant material consisted of two inbred lines (Ot0-6 and Ot1-3), F1 and two bulks (tolerant and susceptible), selected from a population of RILs (F9) with different responses to stress caused by nutrient deprivation at the seedling stage. In one PCR reaction, the DNA of five genotypes was amplified separately, with RAPD, ISSR, and RAPD+ISSR primers. In total, 28 R-ISSR combinations were tested by combining 20 and 8 appropriately selected RAPD and ISSR primers. 567 loci were amplified, including 230 RAPD, 136 ISSR and 207 amplified R-ISSR loci, of which 114 were new. It was shown that only one ISSR product was identified amongst sequenced R-ISSR products with identical electrophoretic mobility as co-migrating RAPDs and ISSRs. The remaining ones had heteroamplicons (R-ISSR) sequences. A similar range of variability was observed both in R-ISSR profiles and in RAPD, as well as in ISSR. The correlation coefficient between the matrices of genetic similarity for five rye genotypes calculated by means of the Mantel test was highly significant rAB.C = 0.964. 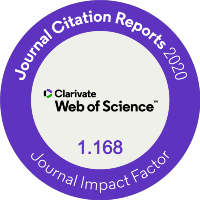